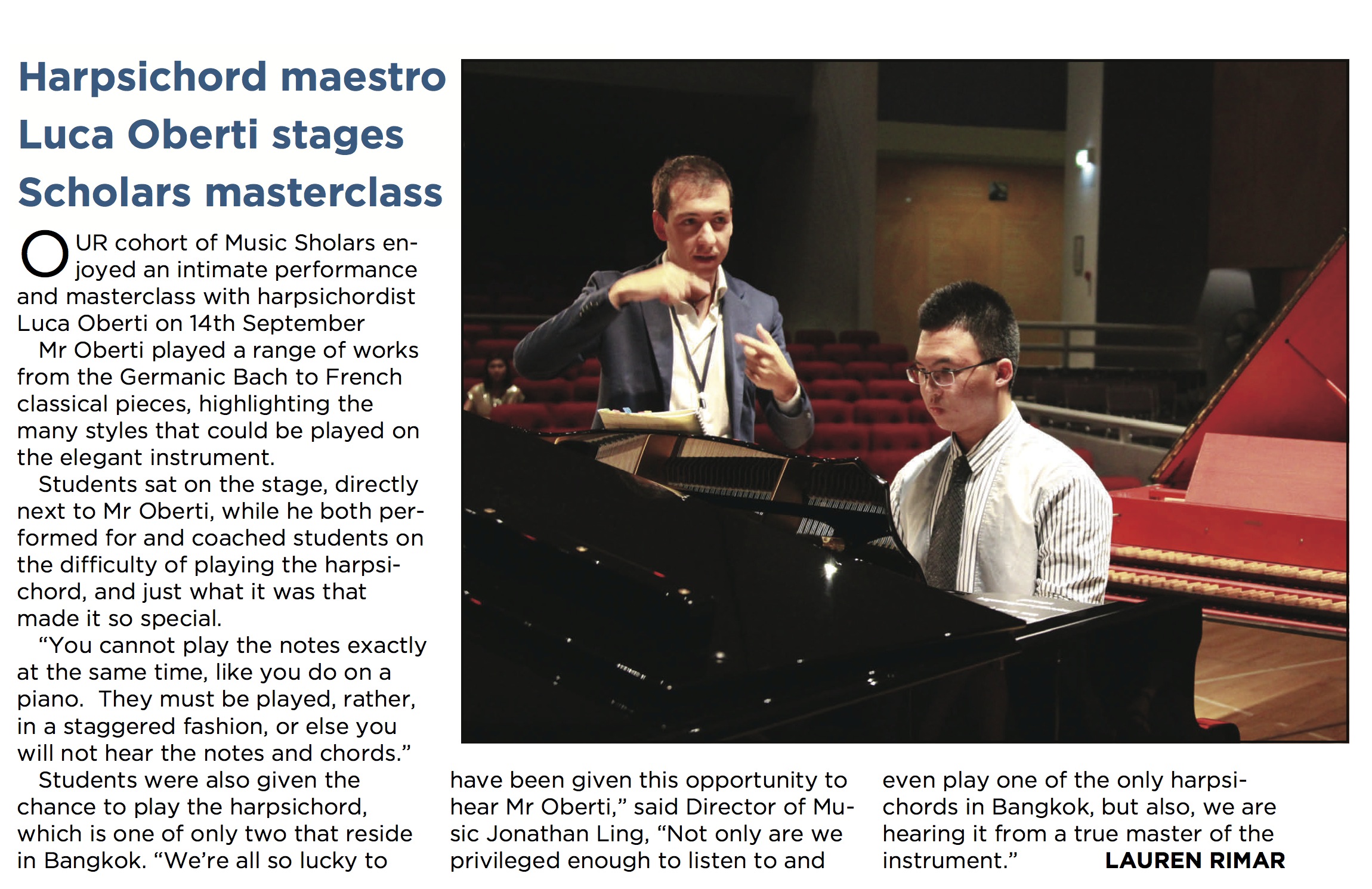 Harpsichord maestro Luca Oberti stages Scholars masterclass
Our cohort of Music Sholars enjoyed an intimate performance and masterclass with harpsichordist Luca Oberti on 14th September.
Mr Oberti played a range of works from the Germanic Bach to French classical pieces, highlighting the many styles that could be played on the elegant instrument.

Students sat on the stage, directly next to Mr Oberti, while he both per- formed for and coached students on the difficulty of playing the harpsichord, and just what it was that made it so special.

“You cannot play the notes exactly at the same time, like you do on a piano. They must be played, rather, in a staggered fashion, or else you will not hear the notes and chords.”

Students were also given the chance to play the harpsichord, which is one of only two that reside in Bangkok. “We’re all so lucky to have been given this opportunity to hear Mr Oberti,” said Director of Music Jonathan Ling, “Not only are we privileged enough to listen to and even play one of the only harpsichords in Bangkok, but also, we are hearing it from a true master of the instrument.”